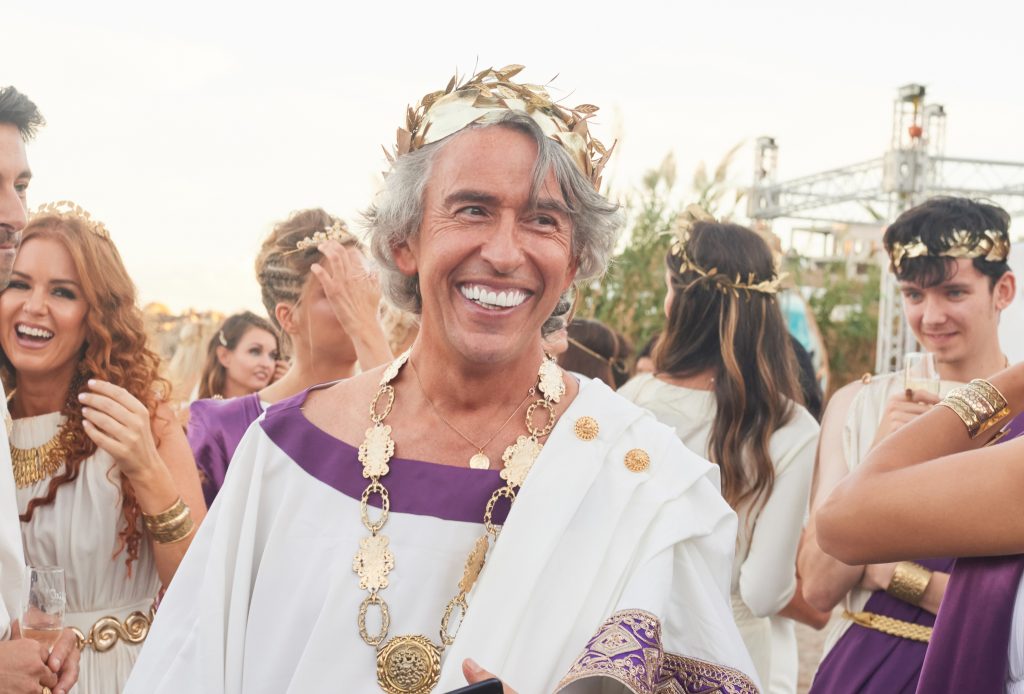 In the latest film from Michael Winterbottom Richard McCreadie (Steve Coogan) is the king of the high street. Following a few wobbles with fraud investigations and to prove he’s still on top, he is determined to throw the ultimate celeb-filled 60th birthday bash. But as the guests start arriving – including mother (Shirley Henderson), ex-wife (Isla Fisher), and a daughter who’s shooting a Made in Chelsea-style reality show – ‘greedy McCreadie’s’ empire starts to come apart at the seams.

The film features some of Harry’s tracks – have a listen below !