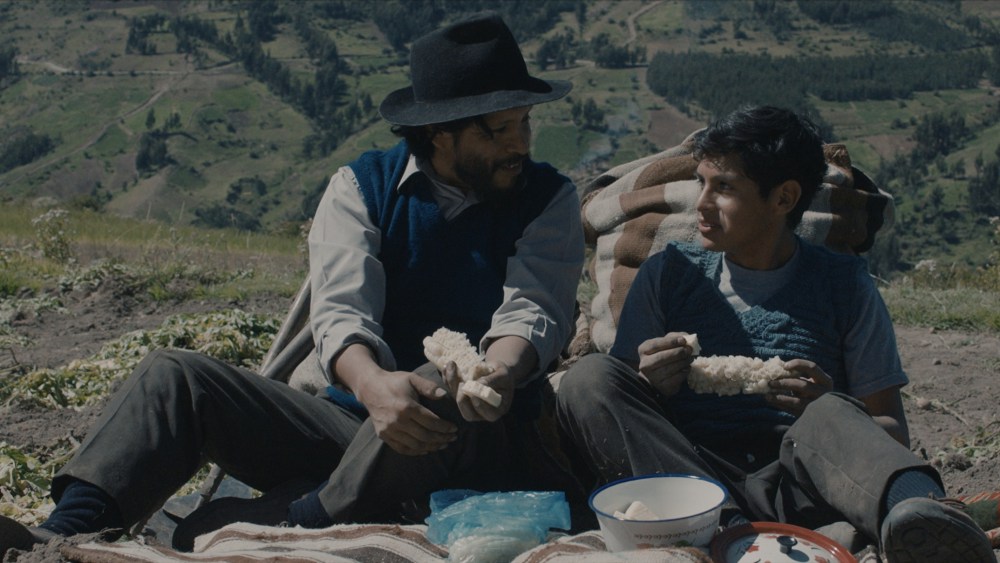 After making two highly successful short films, Alvaro Delgado-Aparicio’s debut feature, Retablo, receives its European premiere at The Berlin Film Festival. It was developed through the Sundance Feature Film Program Lab and screened at the 2017 Festival de Cine de Lima where it won the prize for Best Peruvian Film.

Here are a couple of pieces from Harry’s score to the film:

14-year-old Segundo lives with his parents in a village high in the magnificent mountains of Peru. His father Noé is a respected artist and Segundo’s role model. Noé hand-crafts altarpieces, decorated shrines for church and home, and is teaching Segundo the necessary skills to carry on in his footsteps. But cracks have developed in their close relationship because Noé is keeping a dark secret. With brutal honesty and saturated colours, the film peeks behind the facade of a seemingly intact village community where homophobic attidtudes enforced by patriarchal laws are carried out with remorseless violence. It sketches a visually powerful panorama of a world in which a young artist is searching for his niche.