A Note from the Director

‘The film’s a semi-autobiographical tale of the hometown in which I grew up, therefore, when it came to a soundtrack I wanted to source all the early British 90’s hip hop I was listening to at that period, London Posse, Demon Boys, Caveman, Hijack, etc. One of my close friends, and an MC himself, Prem AKA Richbeggar set about sourcing, and tracking down artist we’d grown up listening to, and to his credit, did an incredible job. Upon the first rough assembly of the film with all the source music laid on top, Ben, Rory (the producers) and I sat down and watched the film. It didn’t work. Shit. Although the acting and narrative were what we’d hoped for, the hip hop made it feel generic and stale. Luckily we’d convinced Joakim Sundström to come on board as supervising sound editor, he loved the film, but said it needed a score that would elevate it to the next level, he recommended Molly Nyman and Harry Escott whom he’d worked with on The Road to Guantanamo and A Mighty Heart. When we met you couldn’t find two people more enthused about a project, they were talking a million miles per hour about ideas, how much they loved the film, they were passionate and inspiring. We’d found our composers. Firstly they drew up an amazing palette of sounds which we listened to and selected the styles we liked best. I was keen, if it was going to be entirely score, that I wanted to find epic, and driving themes like those Clint Mansell had created in A Requiem for A Dream. Molly and Harry then set about creating an inspirational score, eventually recording at Air studios. It was one of the most amazing experiences, the film playing out on the screen, us sat the mix desk, musicians behind the glass booth playing live to the movie.  I felt like a real movie maker. When the film was eventually nominated for five BIFA’S including best score I was honestly happier for Molly and Harry than for myself. They’d put in such hard work, gone for days without sleep, and given it their heart and soul, they deserved it. I can’t wait to work with them again.’ 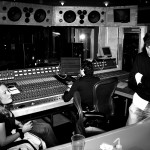 Does that Sound Right? 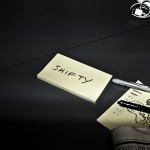 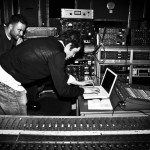 Eran & Harry. An Email of No Importance. 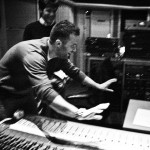 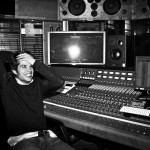 So You Want To Change It? 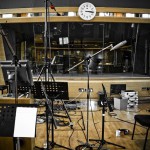